I have always felt there was some resemblance between dogs and bicycles that wait, attached to a post, for their human companions. There is within their expectancy something mysterious that I tried to capture in this book. These bicycles both real and rooted in my imagination form a chain that give them, maybe, an opportunity to escape their terrestrial ties.

translation of artist's text from french... 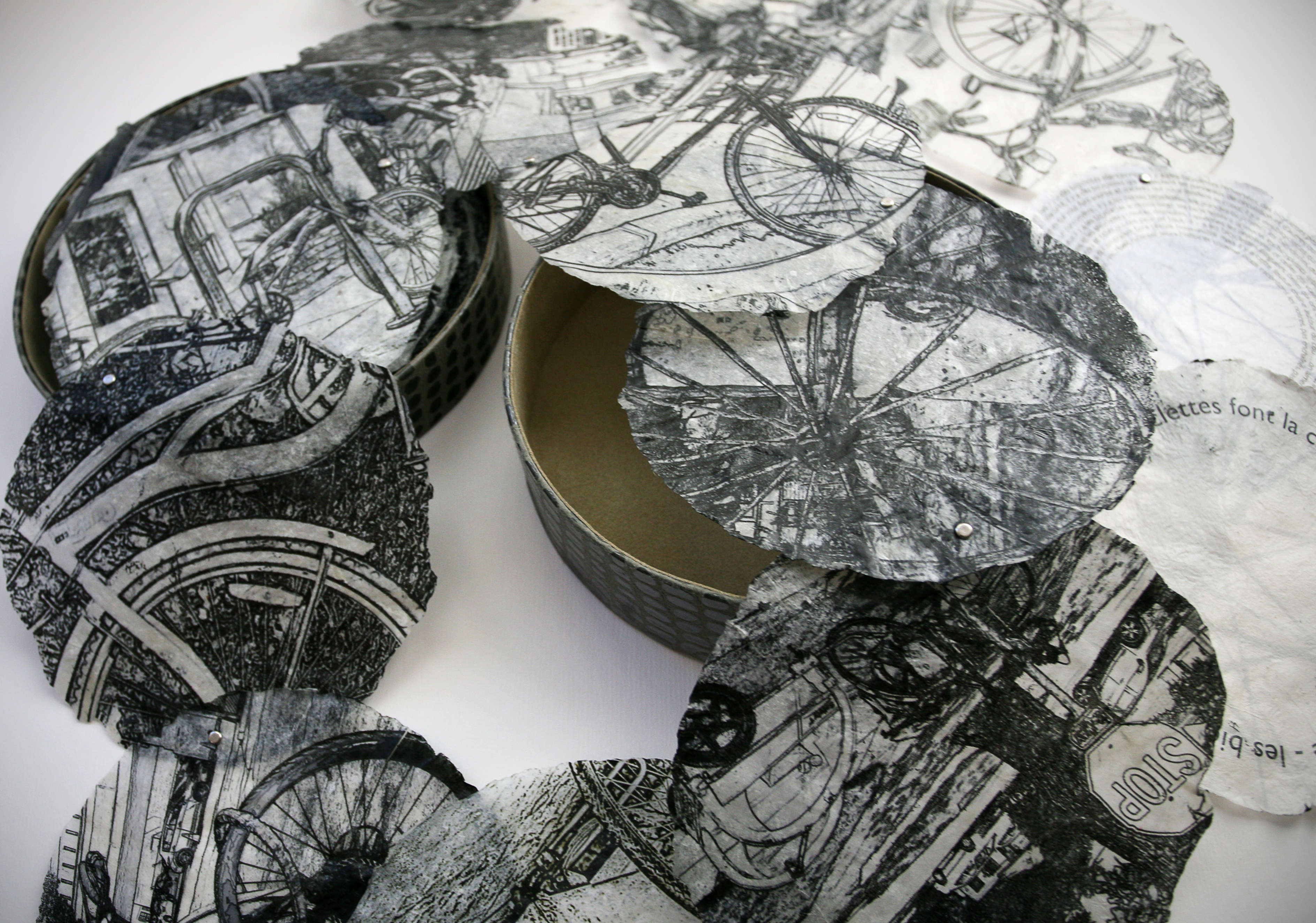 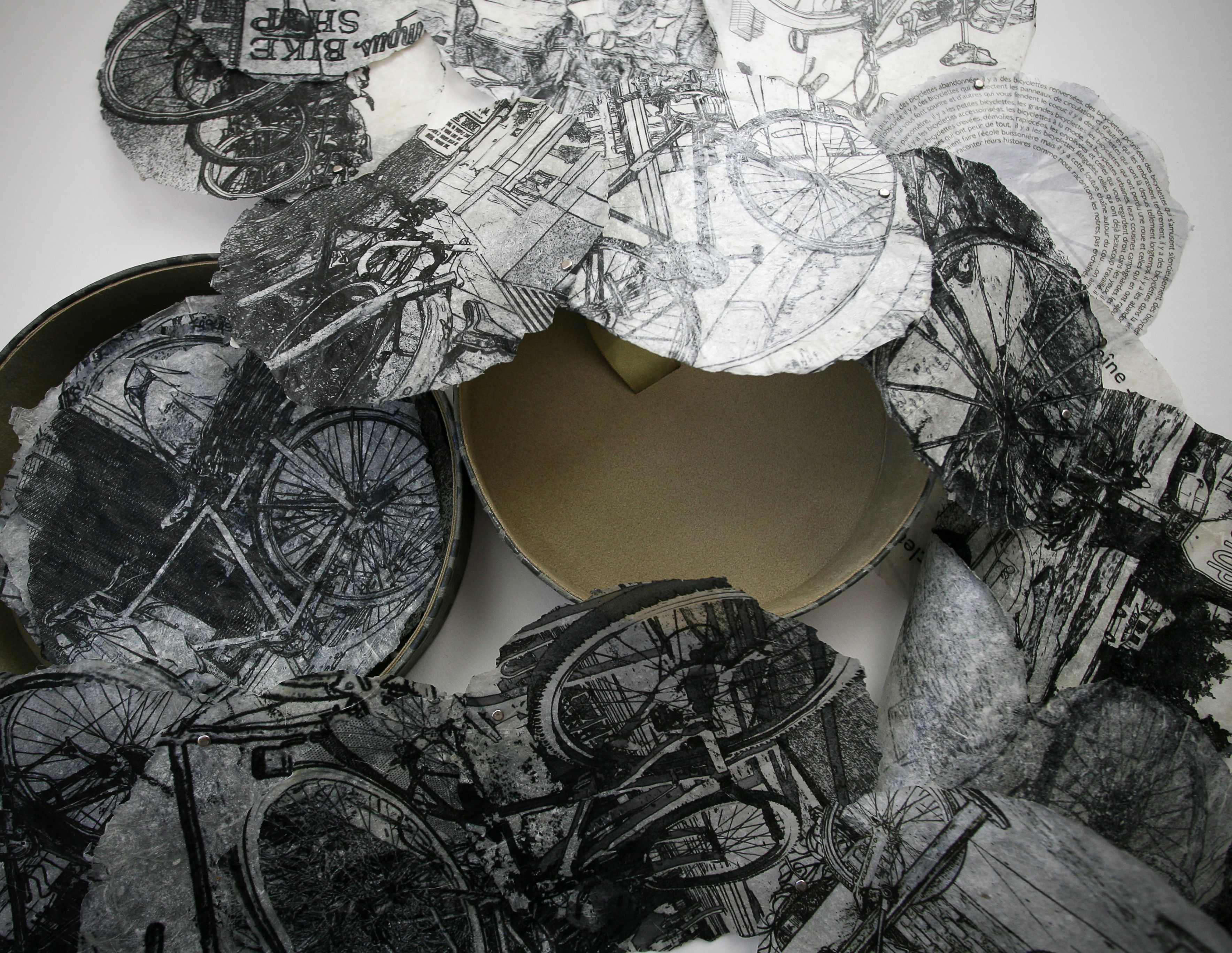 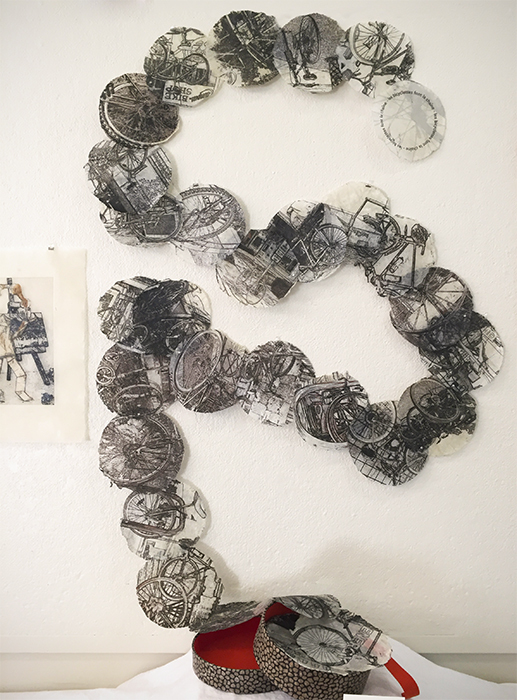 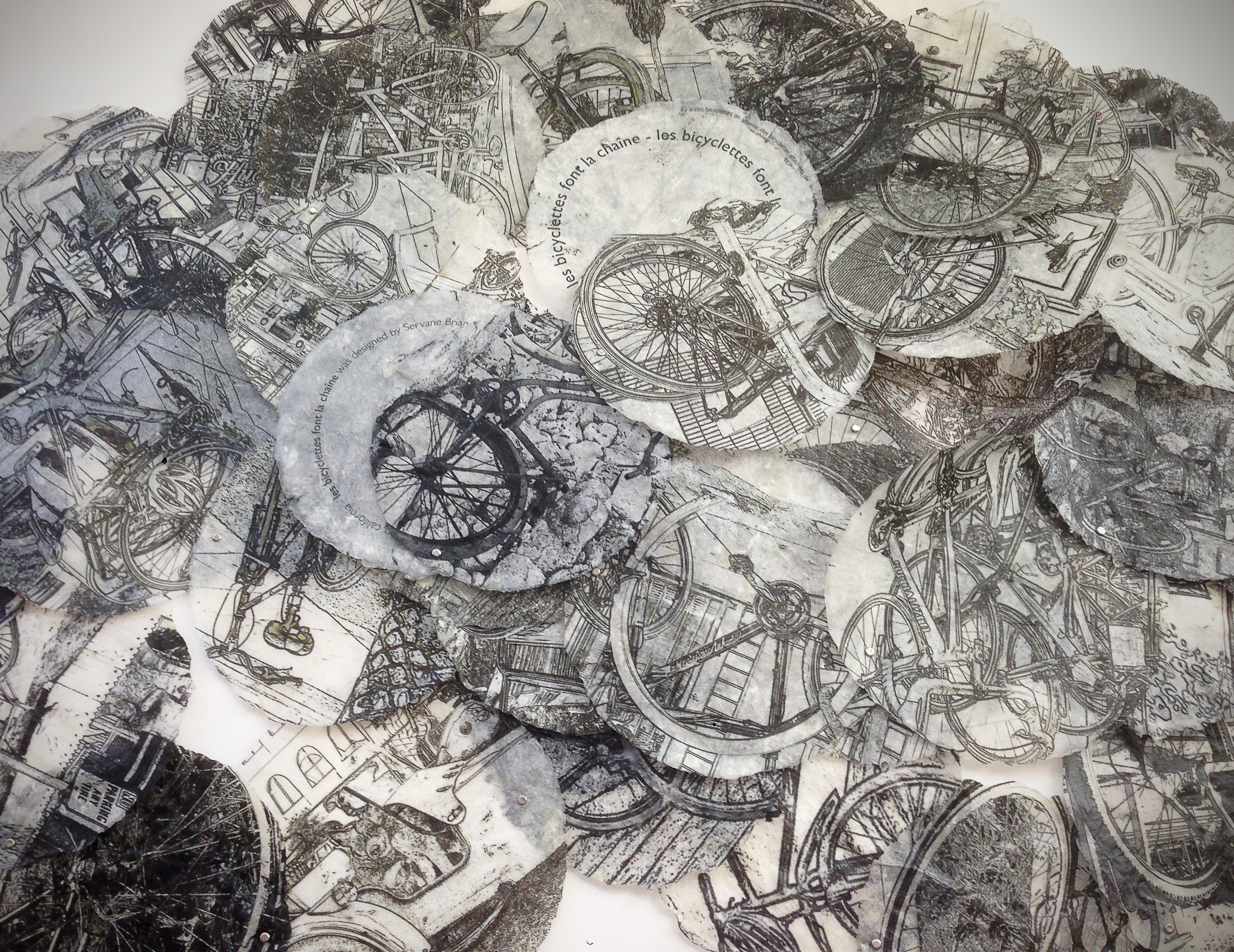