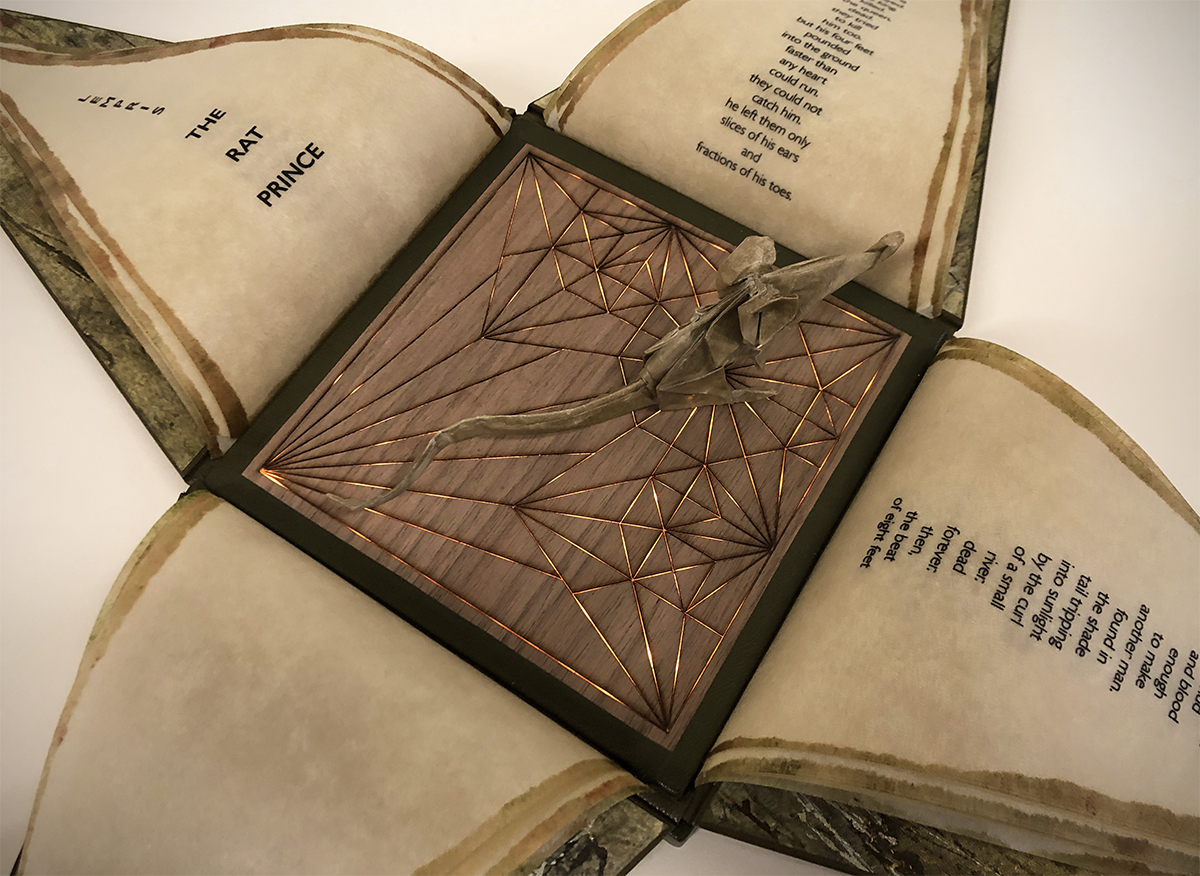 Through its many iterations, Lempris came to encompass much of what makes Book Arts unique and innovative. It draws from multiple disciplines; and relies on a wide range of techniques, technologies, tools and materials, from the most ancient to the most modern. The beauty of such a rich medium is that it enables and invites collaboration with other artists and experts.

The final iteration of Lempris plays by these rules!

The story started with Samuel, my son, the poet and folder. Inspiring and guiding Samuel was Eric Joisel, master folder and inventor of the rat figure, an artist of wild imagination and talent. I stepped in, drawn into the world of Lempris, central character of the poem, a very Nietzschean rat, to transform the lines of poetry into a pyramidal artists’ book. In the beginning the pyramid had three walls.They were paper, then leather walls etched with shrubs and branches, telling the rat’s painful attempts to escape his torments. Samuel suggested adding a fourth (non imaginary!) wall so we could incorporate the rat’s folding pattern.These powerful lines became a new focus of the book and I decided to bring them to light!

While Greg and Yonatan helped play with code and tools, etching leather and wood veneer, Nick the light wizard started designing a programmable LED board and came up with an elegant way to power it independently of the book, thus respecting archival and conservation bookbinding principles.

As the project progressed, and always important, was the experience of interacting with the book: feeling, hearing, smelling, seeing the work. Interactions with books as art objects should be sensuous and playful. Having a mischief of paper rats in the studio at all times helped a lot!

Another story happens each time one encounters the book.The four walls open: there is Lempris the rat, folded figure of paper and beeswax, illuminated by his own pattern of lines. In the poem’s narrative, he tussles, struggles and fights for his life and the light slowly goes down in sync, dimming, then disappearing completely at the end of the reading cycle. 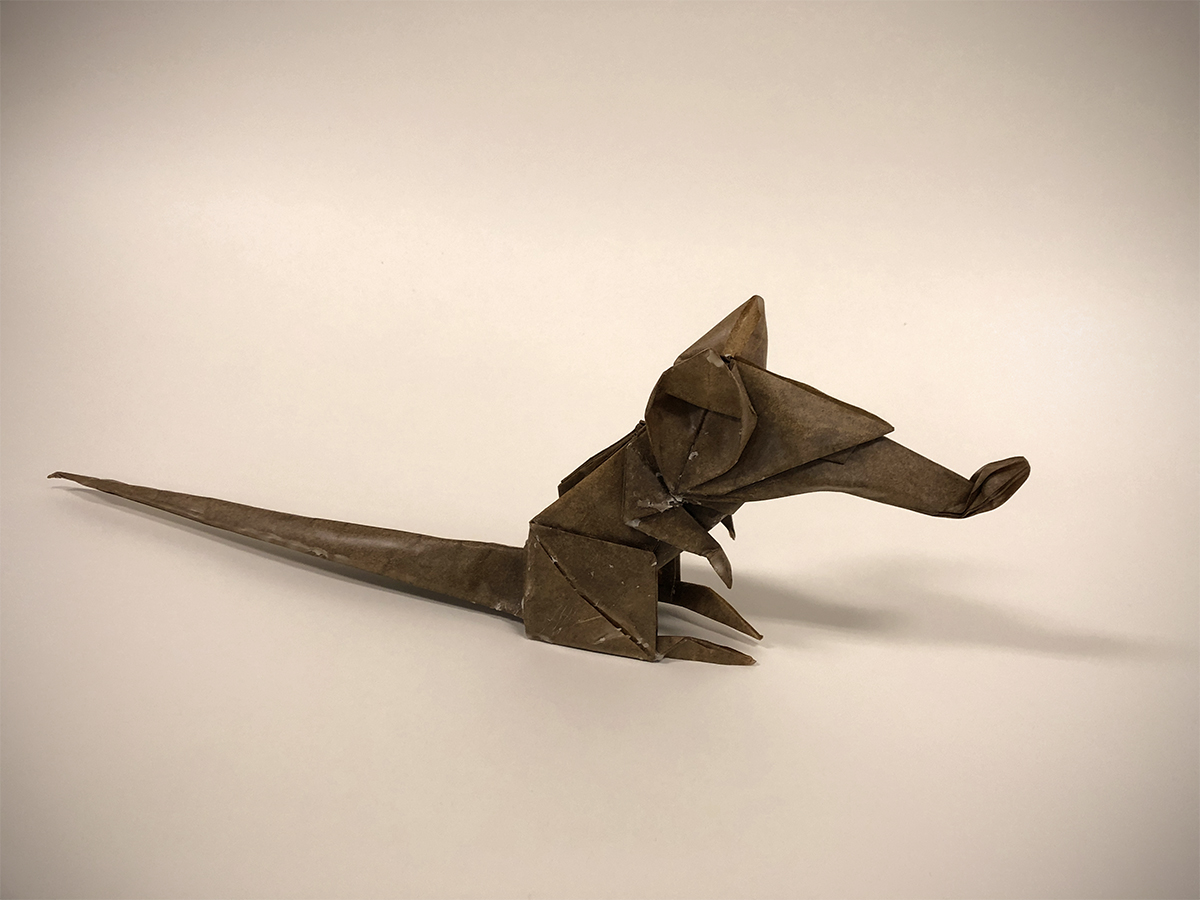 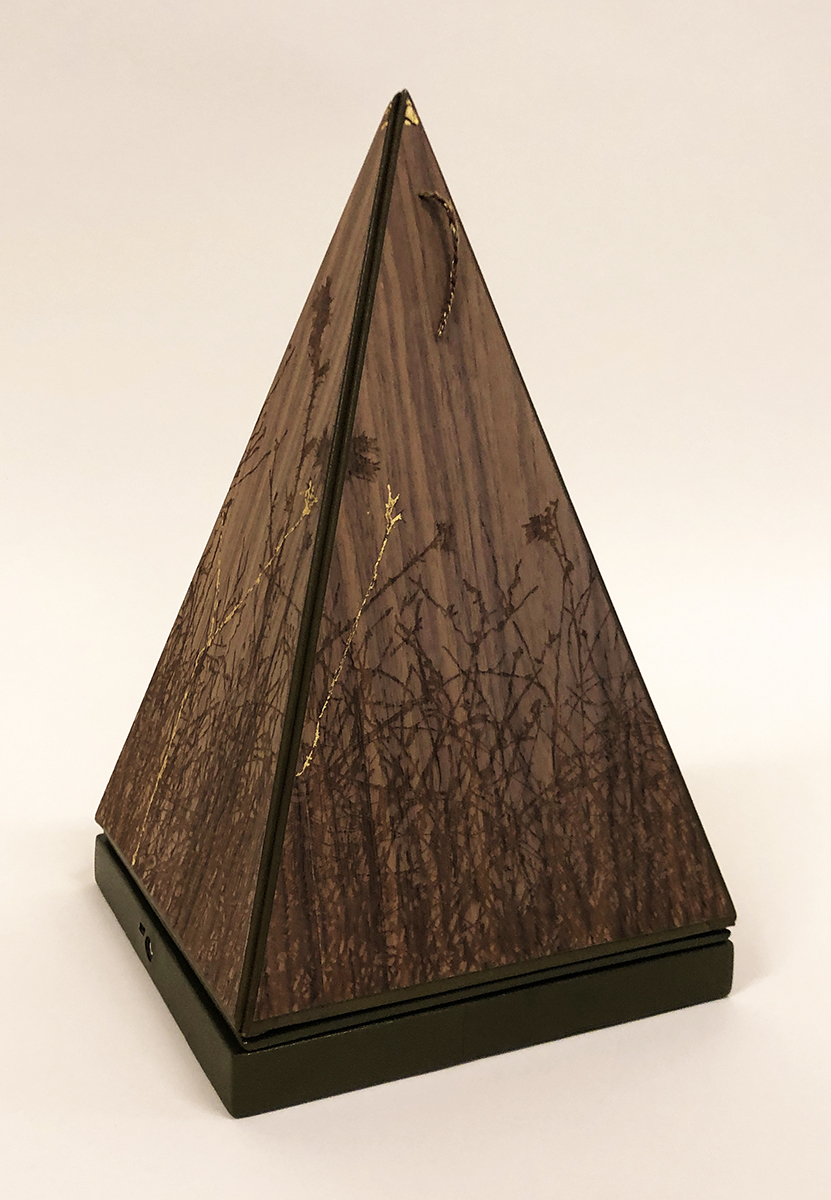 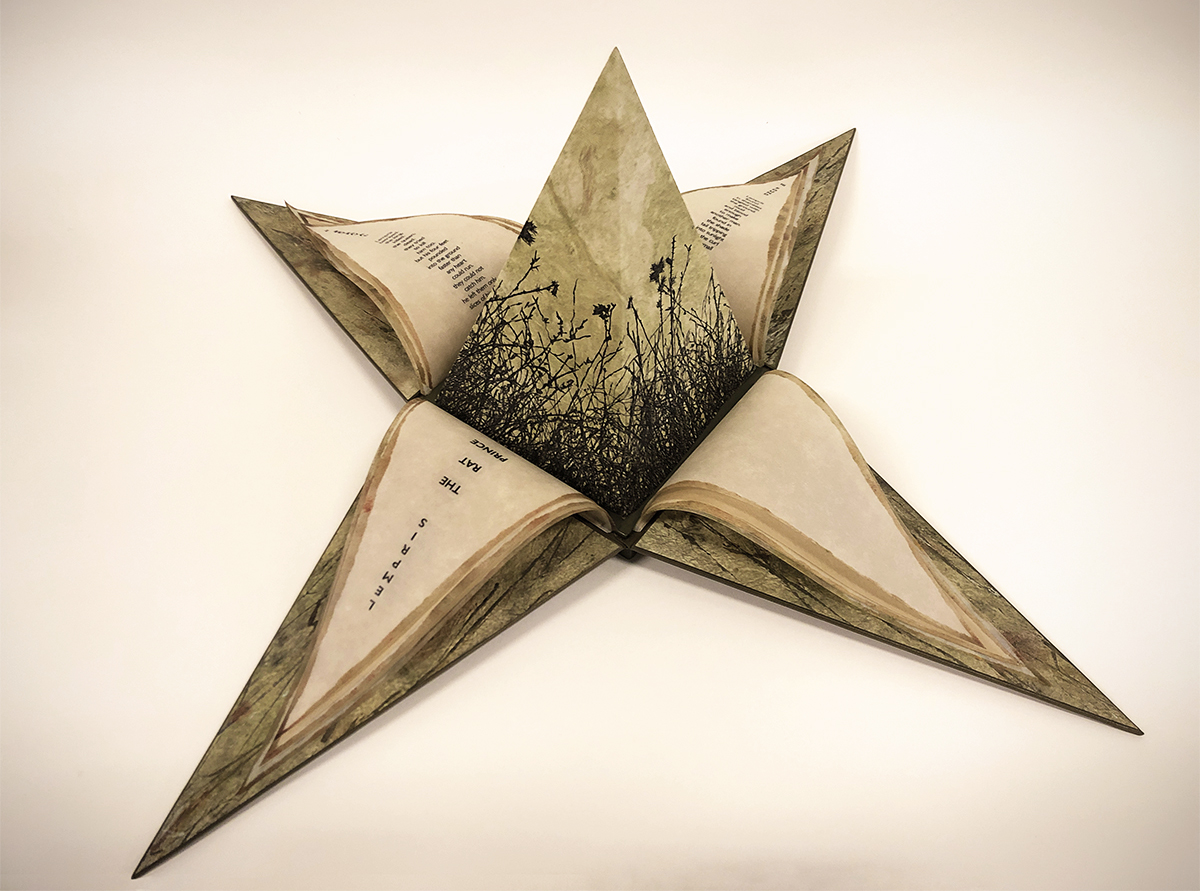