Arise by Any Other Name - The Serial 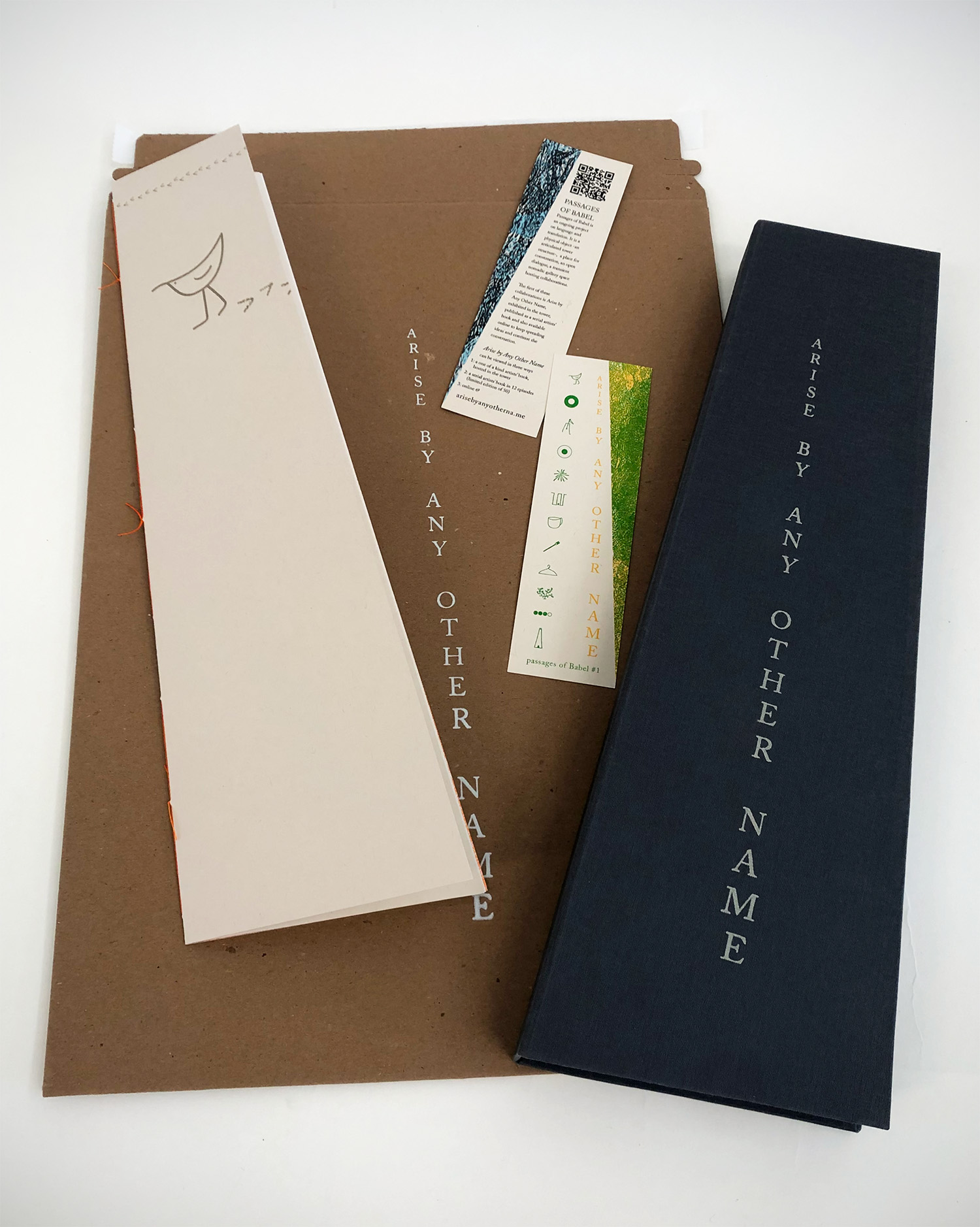 Arise by any other name is the first collaboration of the on-going project Passages of Babel which focuses on language and translation. The original one of a kind artists’ book was presented at Codex 2022, exhibited in the articulated tower, with its companion collectors’ edition featured here.

It consists of a a serial artists’ book in twelve episodes (limited edition of 50).

The twelve stories/parables were written by Samuel Mignot in 2021-2022 as part of the Passages of Babel collaboration. Varying in length, dark and funny, strange and super real, the stories keep giving as one reads them over and over. Of his stories, Mignot says “they are about what it means (and what it costs) to accept the rules we live by and what happens when we don’t. But they are also about the role language plays in shaping what we believe, and how we can use it to break itself: how poetry is the parasite of prose: looses its stitches into something beautiful and unimaginable.” He adds that “ initially concretely about the Tower of Babel, the stories drifted away: this is what things placed next to The Tower of Babel necessarily do.”

Designer and artist Patrick Fenton joined Briand and Mignot to create the collectors’ edition. Using letterpress and risograph, the trio chose to publish the stories as a serial, twelve successive booklets that get mailed over a year and eventually dwell in a screen printed clamshell box. Booklets and box echo the shape of the original artists’ book. All pages are cut one by one by hand and the booklets are assembled with care to accommodate the beauties and eccentricities of working with risograph. Binding is three simple pamphlet stitches. This allows binders to create an original fine binding uniting the twelve booklets or collectors to exhibit the booklets nested together vertically to recreate the shape of a tower.

The letterpress cover plays with the twelve icons originally created for each story, as each front cover features one of the icons and the back features all of them with a link between front and back highlighting each of the story. The binding thread is dyed with inks to match the vibrant riso colors. Mailing envelopes are screen printed with the book title. A two-sided risograph printed bookmark was designed to introduce the project at Codex 2022. 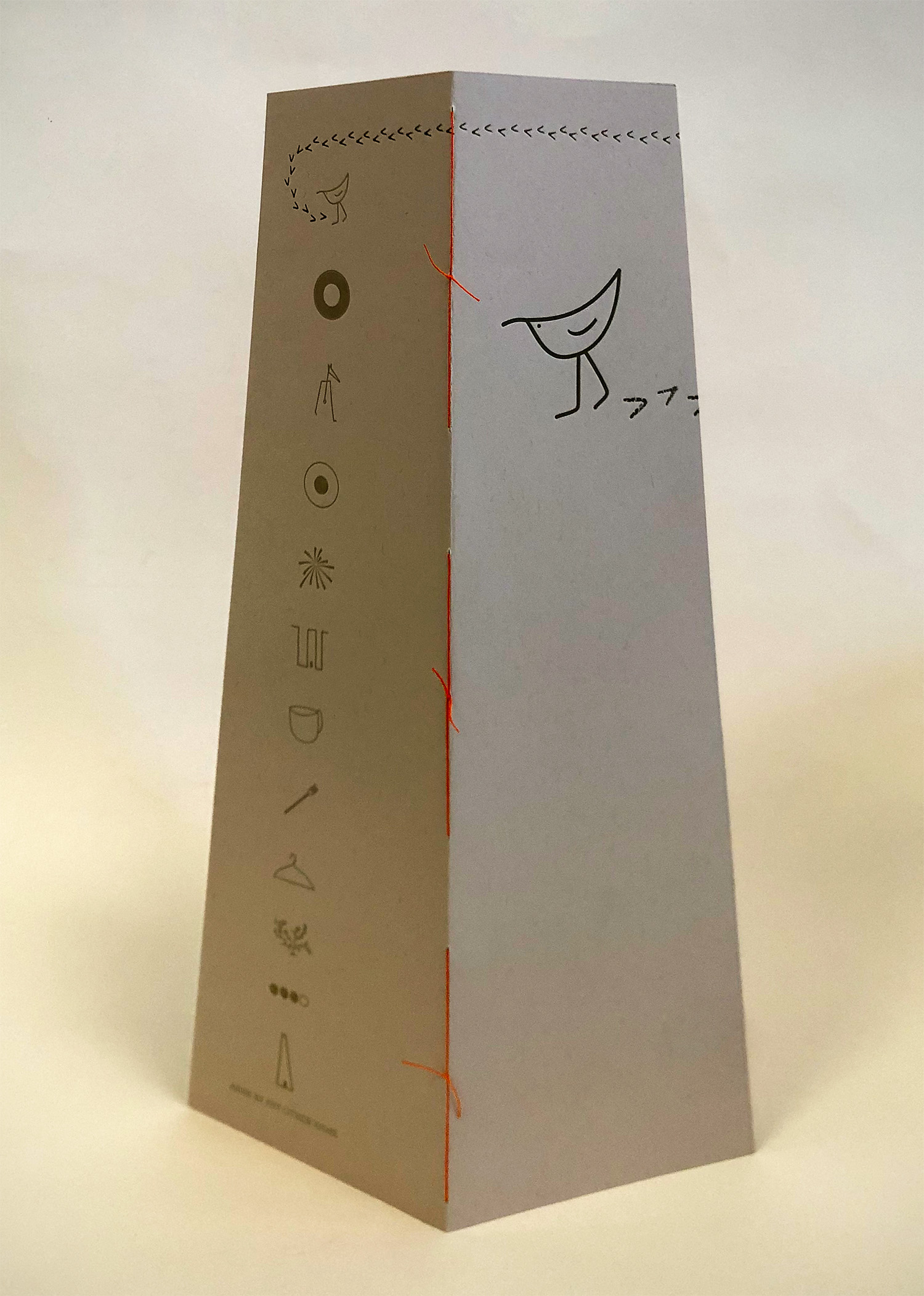 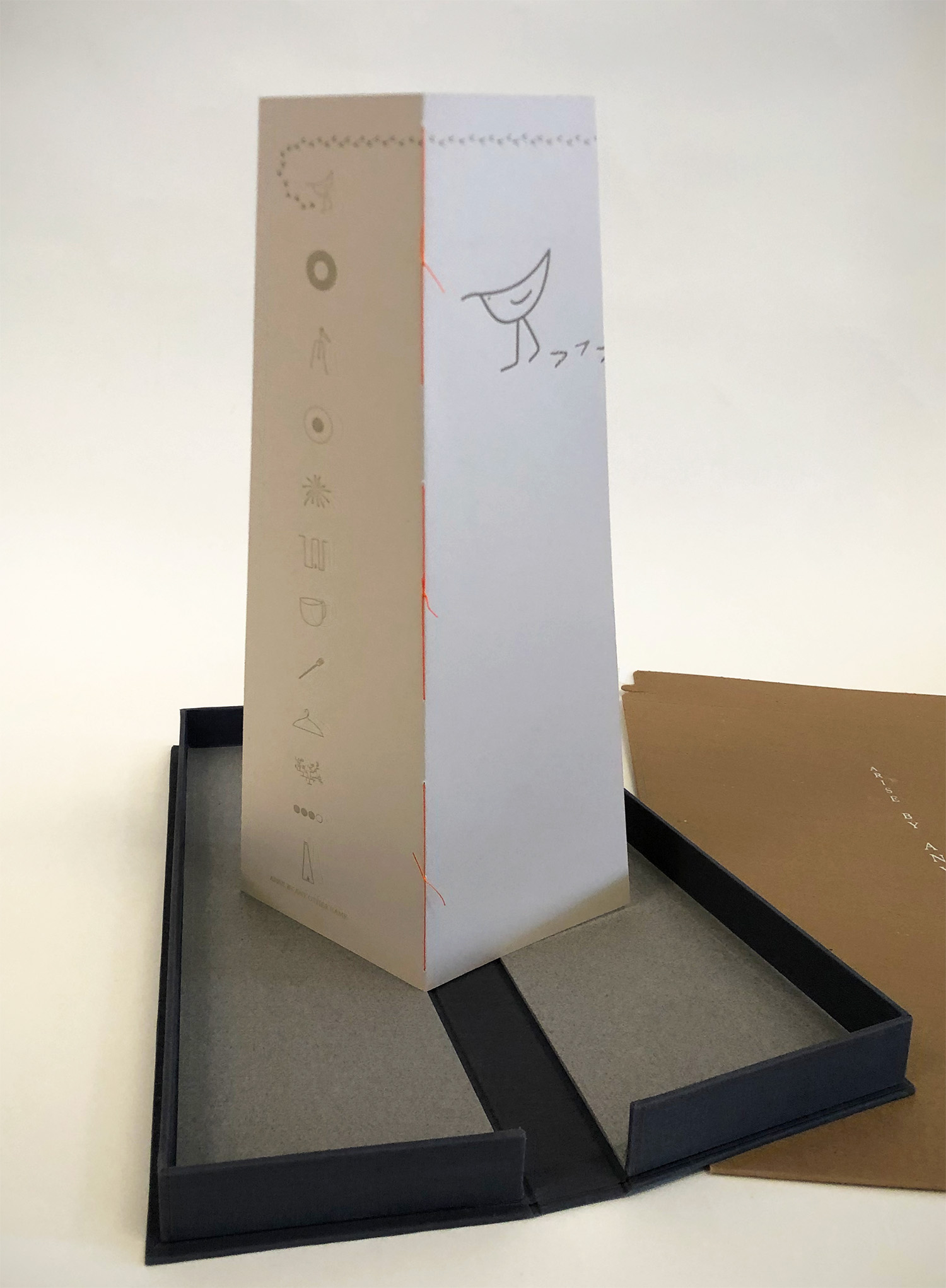 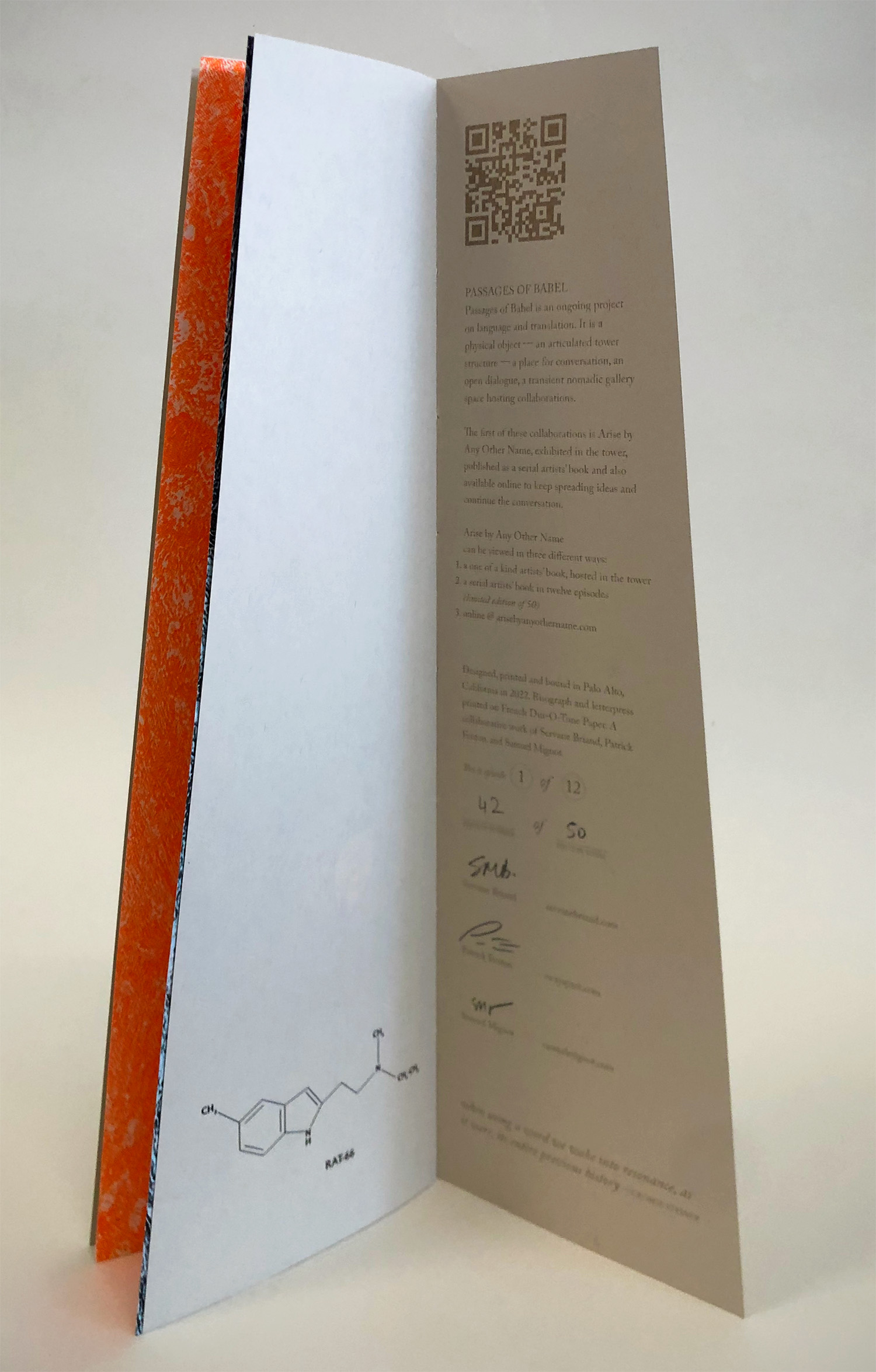 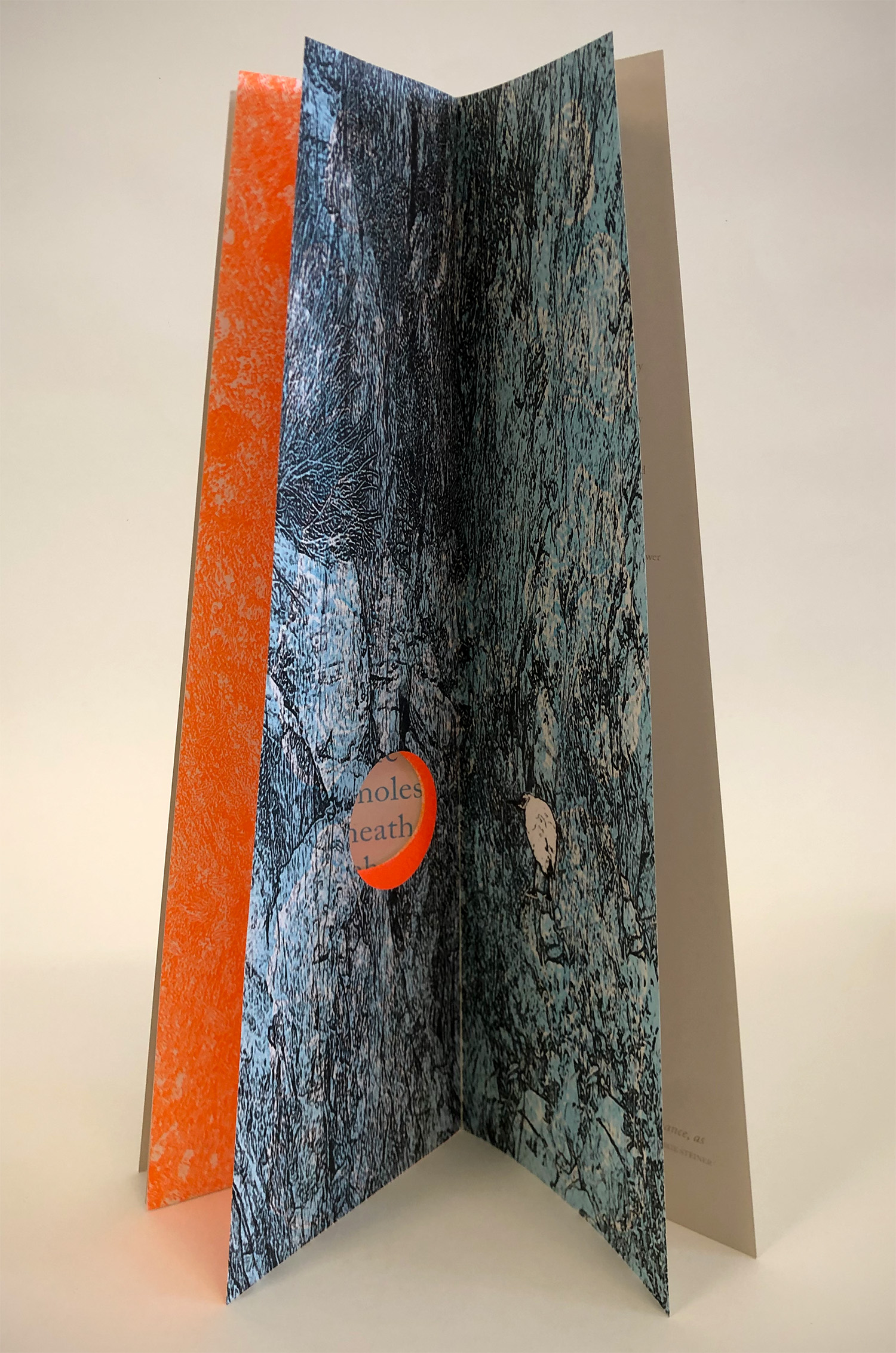 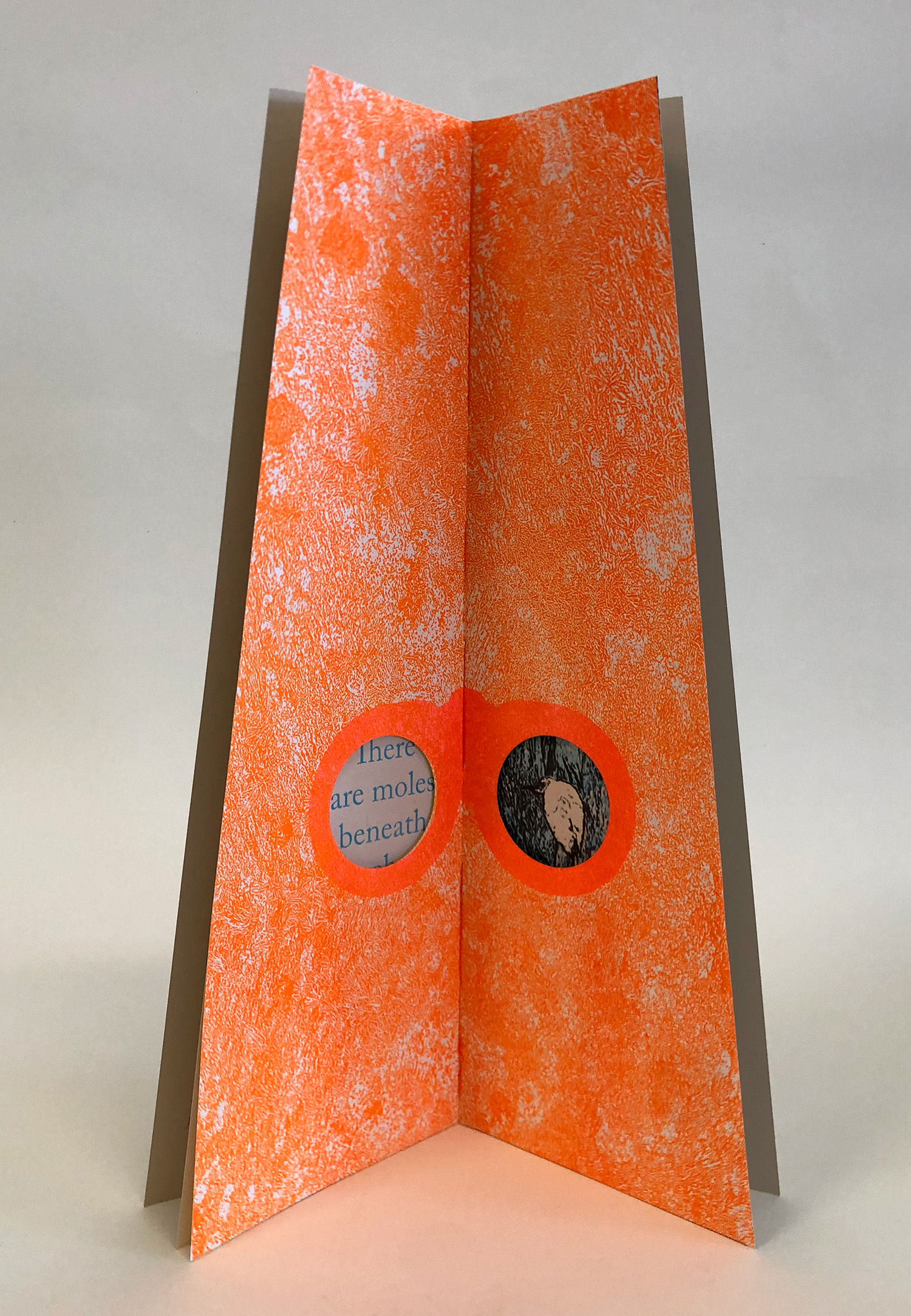